Casey Dressler is taking her show on the road. 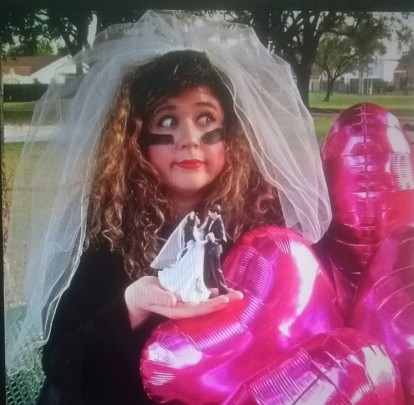 The talented actress and writer will hold three fundraising performances of her hilarious and insightful one-woman show, The Wedding Warrior, at The Florida Keys History Discovery Center in her hometown of Islamorada, Friday, July 29 through Sunday, July 31.

The Wedding Warrior is an autobiographical play detailing Dressler’s days as a wedding planner in the Florida Keys.  In the show, Dressler portrays more than a dozen characters, including a Cuban, weed-smoking cigar roller; a stern, detail-oriented mother-of-the-bride; a maid of honor with food issues; a low-key busboy; and a southernism-spouting hotel clerk.

The fundraiser performances will help Dressler with the expenses involved in getting her play to Fringe NYC in August as well as Chicago Fringe Festival in September.

I  saw The Wedding Warrior last year when it was featured at the Fort Lauderdale Fringe Fest.  The show is a delight, and not only showcases Dressler’s talent for morphing from one character to another, but also her skill for creating the characters and bringing them from page to stage.

For more information on The Wedding Warrior and to purchase tickets to the Islamorada performances, visit TheWeddingWarriorPlay.com