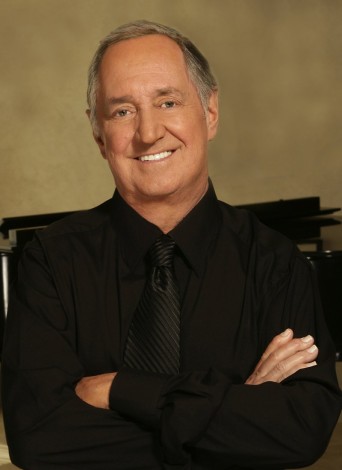 Watching Sedaka perform at Broward Center in Fort Lauderdale last night was like visiting an old friend you haven’t seen in a while and being reminded of why you like him so much, and wonder why you haven’t gotten together for so long.

Sedaka is now 78 years old, but his voice has not changed—it’s still as rich and steady as ever.  He also looks great.  Sedaka is celebrating 60 years of songwriting and performing, which began with his first hit, Oh! Carol, written for his high school girlfriend Carol Klein—the world knows her better as Carole King.  Juilliard-trained to be a classical pianist—he even included some Chopin in his 90-minute set—Sedaka discovered pop music and the rest is history.

Sedaka opened with Bad Blood, his 1975 hit which featured vocals by Elton John, and ended with another song from 1975 that’s still timely, The Immigrant.  In between, he sang hits that he and other artists made famous: Oh! Carol, The Diary, Where the Boys Are, Next Door to an Angel, Calendar Girl, Solitaire, Love Will Keep Us Together, Laughter in the Rain, The Hungry Years, and so many others.  One fun segment featured a video of Calendar Girl he made in the 1960s, which illustrated the lyrics with a bevy of beauties in bizarre costumes.  He also performed the original upbeat 1962 Breaking Up is Hard To Do, and for an encore, played the smoky, ballad version he recorded in 1975.

Woven between the songs were Sedaka’s memories of how they came about, writing with partner Howard Greenfield in the legendary Brill Building in an atmosphere which nurtured so many talents who produced so many classic songs, and his own memories of his career.  It was like watching a rock and roll version of Mister Rogers tell stories—gentle, folksy and funny.  And oh, so much fun.